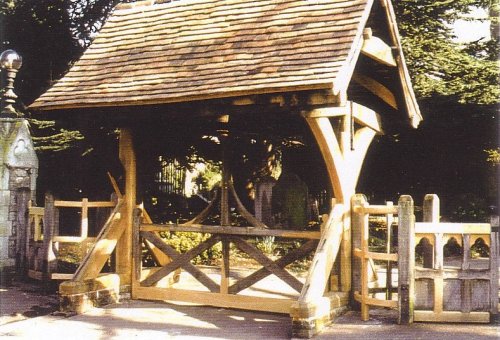 The Lychgate at Heston, believed to date from the 15th Century, is a rare survivor of a revolving gate which originally had a weighted closing mechanism. It was last repaired in the 1970’s, with metal straps and bolts which were proving ineffective.

McCurdy’s aim was to restore the integrity of the structure using a vocabulary of timber joints based on surviving examples. The gate and railings were dismantled and taken to McCurdy’s workshop for the work of repair. The maximum amount of original timber was retained, and new timber pieced in, using bare-faced and slip tenons, with dowel connections. All new member were chosen to match the original timber conversions and dimensions, and members with had curved over time were replaced by a material of matching curvature.

The Assessors considered the work to be an examplar of convservation, in terms both of workmanship, which was of the highest standard, and of the expertise with which new timber was married to the original. 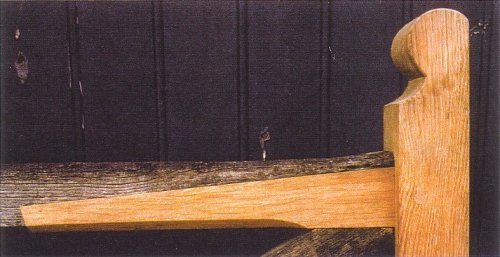