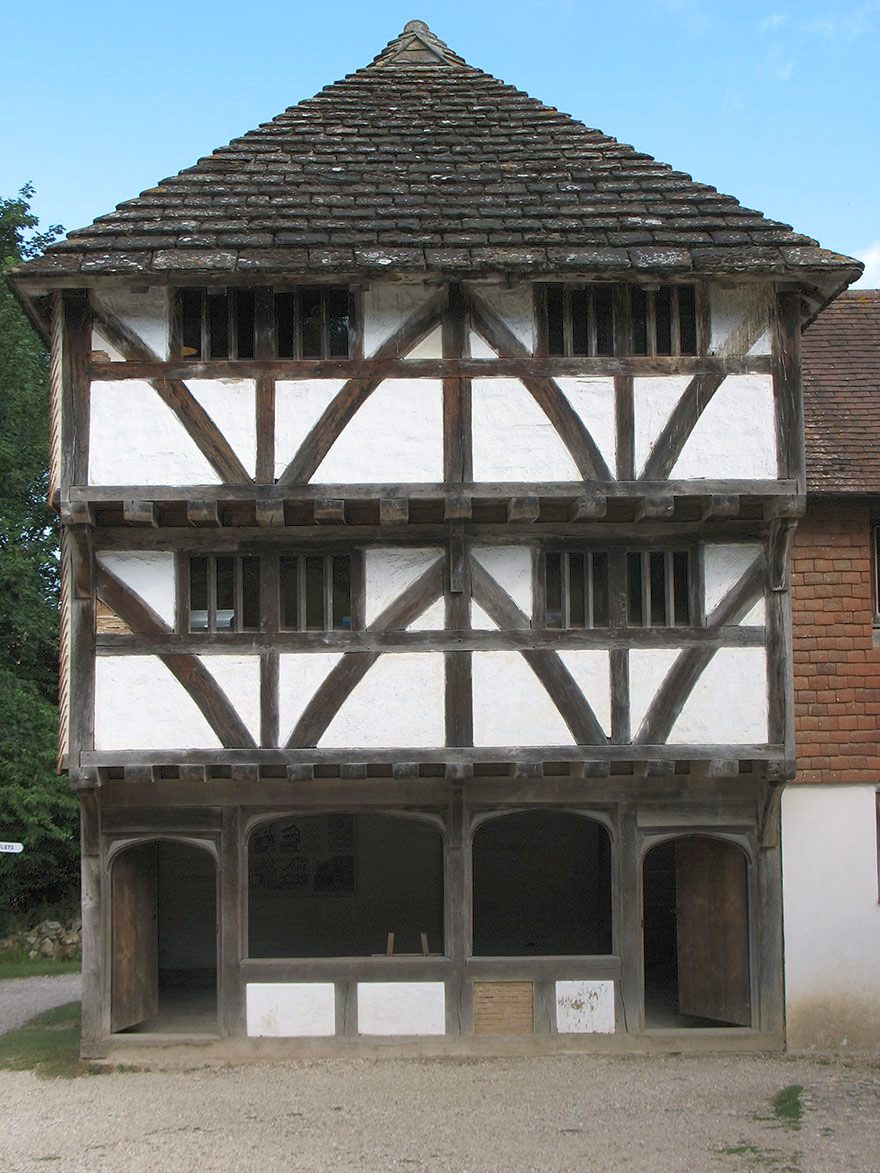 This building originally stood as part of a pair of fifteenth century timber-framed shops at 11 Middle Street, Horsham, before being reconstructed at the Weald and Downland Museum by McCurdy & Co.

McCurdy & Co. would normally carry out a careful survey before dismantling the strutcture. Unfortunately, a demolition contractor had taken down the building some 16 years prior to their involvement and had sawn some of the longest principle timbers into three sections for ease of handling and storage.

This left McCurdy & Co. and the Museums’s research director, Richard Harris, with an incomplete set of timbers several of which had badly deteriorated due to the length of time in storage. Surviving joints and scribe lines provided the necessary clues to full reconstruct the building, using as many of the original timbers as possible. Missing ground floor timbers on the front elevation, however, meant that the reconstruction of this part had to be based on a shop front of similar date, from Lingfield.

More than 90 percent of the frame had to be remade, consuming a total of 3000 workshop hours, although only 350 hours were needed to erect the frame on its new site at Singleton. The unique nature of this project gave McCurdy & Co. a greater opportunity to develop their understanding of methods of setting out, working and fabricating timber frames than would have been possible with a more complete structure. Reconstruction of the Horsham Shop was completed in Spring 1998. 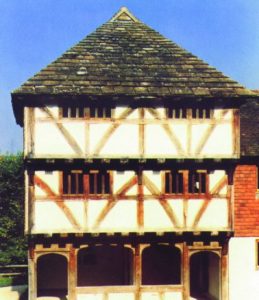